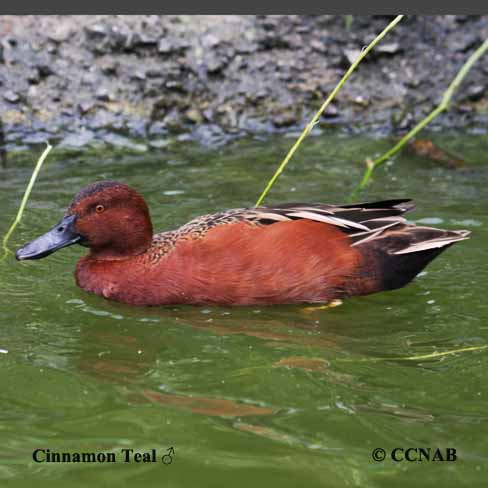 The Cinnamon Teal is one of the largest members of the teal family. This very colourful bird is seen mostly in the western regions of North America. The female has a similar appearance to the female teals of the other North American teal species. It has been reported seen in Cuba.