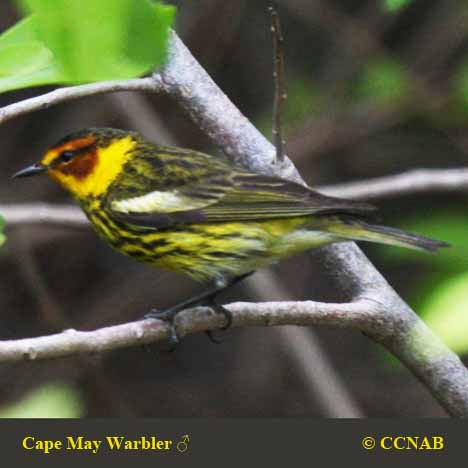 Life, Habitat & Pictures of the Cape May Warbler

The Cape May Warbler is found from the western tip of Newfoundland, through the lower half of Quebec, north to James Bay and across all the western provinces, north into the Northwest Territories, touching the Yukon and British Columbia. Around some of the Great Lakes, most northeastern states northern boundaries and all of New Brunswick and most of Nova Scotia. It spends its winters on the Caribbean islands and in South America. It has been a migrant in Cuba.