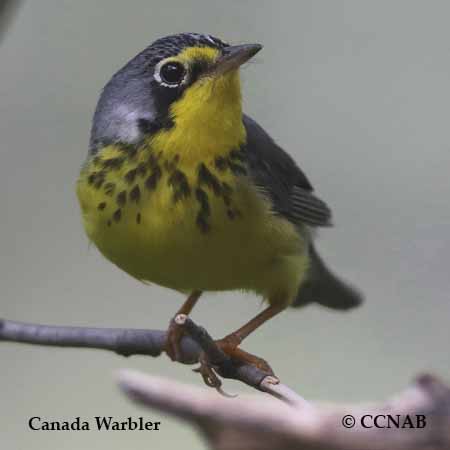 Seen in Manitoba, thanks to Christian Artuso

The Canada Warbler is found from the western tip of Newfoundland, through the lower half of Quebec, north to James Bay and across all the western provinces, north to the Northwest Territories southern boundaries, touching the Yukon and British Columbia. Around the Great Lakes, south to Georgia, northeast to New Jersey, north along the Atlantic coast. It spends its winters in South America and other tropical countries. It has been a migrant in Cuba.