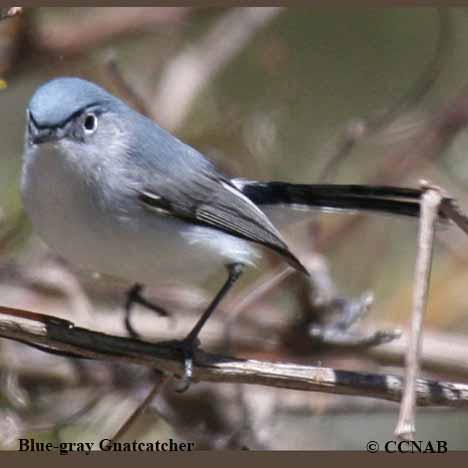 The Blue-gray Gnatcatcher is the most common gnatcatcher species seen in the North American family. It is seen throughout two-thirds of the United States and the southeastern regions of Canada. The male can be distinguished from the female by its bold dark eyeline, whereas the female has none. These gnatcatchers are also seen in Mexico and on some of the Carribean islands. It has been a migrant in Cuba.