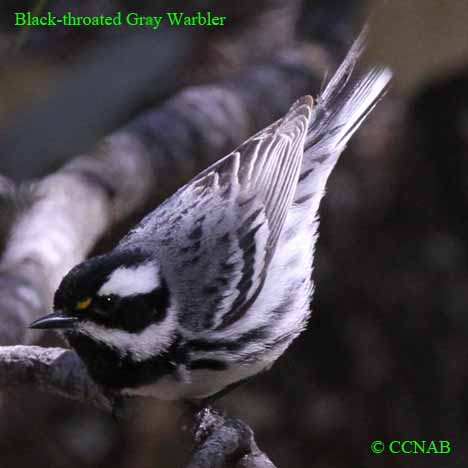 The Black-throated Gray Warbler is found on Vancouver Island and the southern regions of British Columbia, south through the mountain regions to southern California, east to New Mexico, except portions of California and western Arizona and north to Colorado. It spends its winter in Mexico, Central America and on some of the Caribbean islands. It has been seen as a vagrant in Cuba.