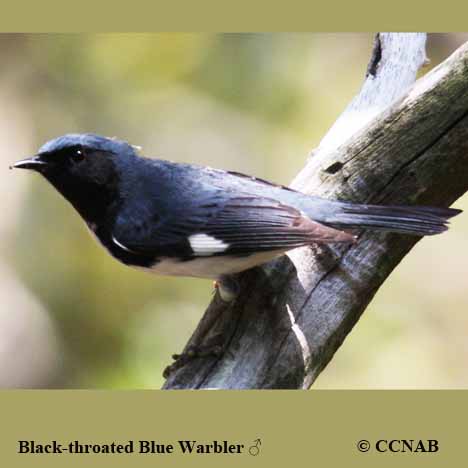 The Black-throated Blue Warbler is found from Newfoundland through southern Quebec, around the Great Lakes, reaching as far as Manitoba, and some of the US states. Reaching south to the top of Georgia, north into New Jersey. Through the northeastern states and the provinces of New Brunswick and Nova Scotia. Some may spend their winter months in southern Florida but most will migrate south into the tropical countries. It has been a migrant in Cuba.