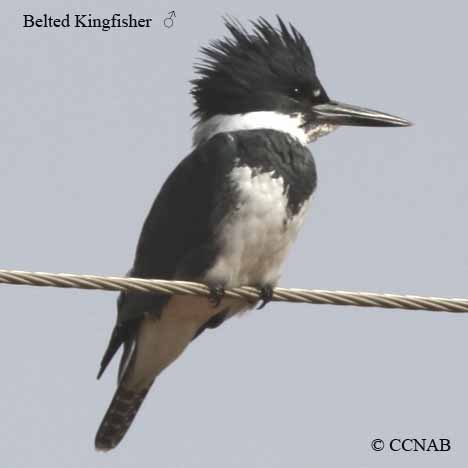 The Belted Kingfisher is the most common kingfisher seen in North America. This kingfisher makes it nest by digging into shoreline banks next to the water. It can be found in almost all areas of the continent. It is seen from Newfoundland and Labrador through two thirds of Quebec, Ontario, all of the prairie provinces, the Northwest and Yukon Territories as well as most of Alaska. South to the California Baja and across all the US states to the Atlantic coast as well as north into Nova Scotia. It has been seen in Cuba.