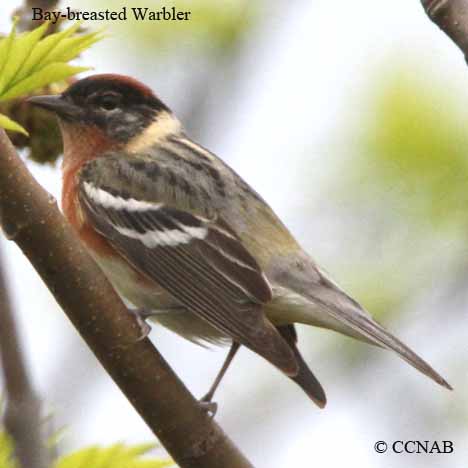 The Bay-breasted Warbler is found from the western regions of Newfoundland, through the lower 2/3rd of the Canadian provinces, from Quebec into Alberta, north into the Northwest Territories, touching into the Yukon, bordering the US states through the Great Lakes, New Brunswick and Nova Scotia. It migrates south into the tropical countries for the winter months. It has been a migrant in Cuba.