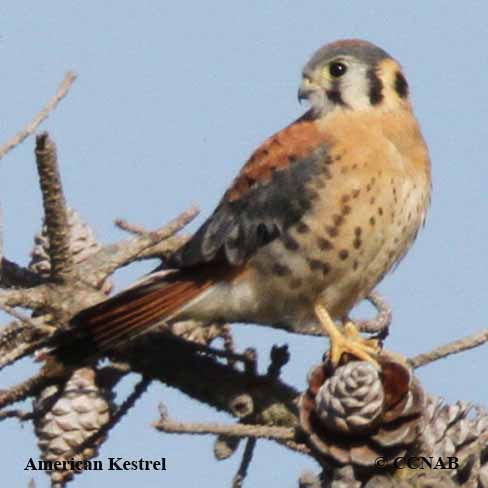 Distribution: The American Kestrel was once known as the Sparrow Hawk. It is the smallest falcon seen in North America. It is most often seen perched on utility lines or hovering in the air above a field. It is seen from Newfoundland and Labrador across almost all of Quebec and Ontario, into the Northwest and Yukon Terrirories, as well as most of Alaska. It is also found south throughout all the states, to the base of California and across all the southern states to the southern tip of Florida and north to Nova Scotia. These small members of the falcon family are seen in Cuba.