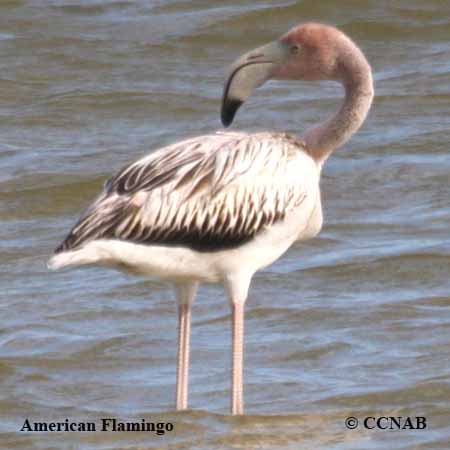 Distribution: The American Flamingo was once called the Greater Flamingo and is considered part of the flamingos from the West Indies and Mexico. There appears to be a certain number of American Flamingos which can be seen in the heart of the southern Everglades. These flamingos are possiby returning waders from their nesting grounds from Caribbean islands. Although the flamingos have not been reported to be nesting in Florida.