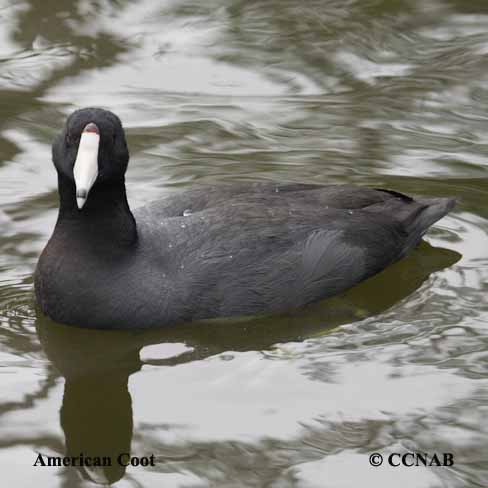 Distribution:The American Coot is a waterfowl with characteristics of both a rail and a duck. This bird can be seen swimming in deeper water or seen in marsh-type habitat with shallow water. The American Coot does not have webbed feet and instead has large lobed-like toes. The coot will run along the water surface in order to pick enough speed to become airborne. This water bird can be seen across most of North America, from eastern New Brunswick through southern Quebec, around the Great Lakes except for the north side of Lake Superior. Also into the Northwest and Yukon Territories, south to the base of California, as well as all through Mexico and east to the southern tip of Florida including Maine. These water birds have been seen in Cuba.